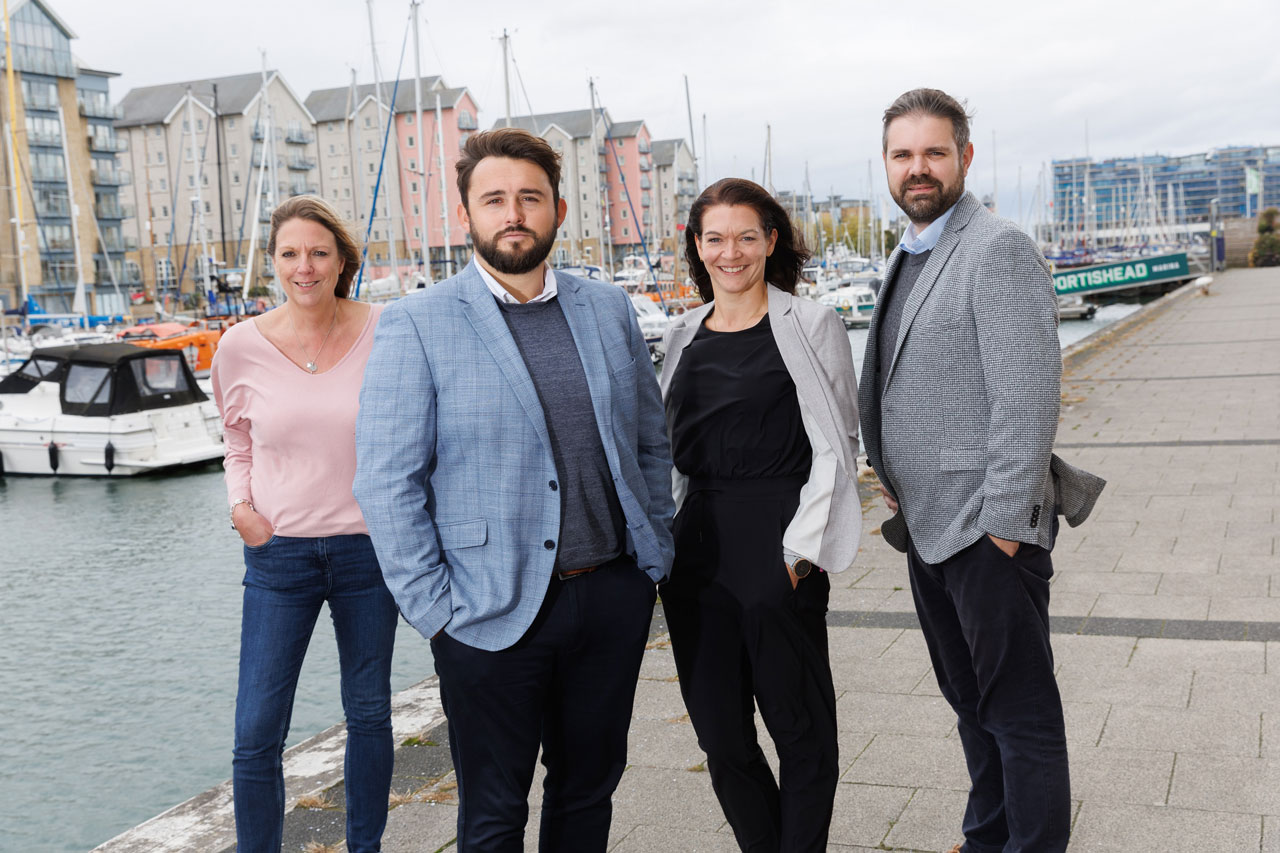 THE Edenstone Group is celebrating a successful first year in the South West of England, where it’s secured land for 325 homes with an estimated sales worth of £106 million.

As part of its expansion plans, the homebuilder, headquartered in Magor, opened its Southern office in Portishead in September 2021.

In its first 12 months, the Southern operation acquired five sites across the South West. These include land in Bleadon and East Brent in Somerset and Sampford Peverell in Devon.

Further acquisitions across the region will soon be announced.

Edenstone Group managing director Martin Taylor said: “After almost two decades operating in South Wales and in the Three Counties, we felt confident in our decision to move into the South West of England. It’s heartening to have that confidence validated with sites coming to fruition.

“What’s particularly encouraging is that the land community in the region is gradually getting to know more about us and the straightforward way in which we operate. This is producing commercial opportunities for us, while furthering our objective of building genuine communities and developing a business which, whatever the prevailing conditions, has solid foundations and prospects.”

Paying tribute to the team, he added: “It’s gratifying to pause at this anniversary moment to acknowledge our achievements. We have put together a highly capable, ambitious team, totally committed to making our operations in the region a long-term success. We are confident in our ability to continue making our mark over years to come.”

Edenstone’s Southern land director James Morgan said: “The property market has been very hot, but we couldn’t have asked for a more positive start to our trading in the South West region.  Acquiring sites has been highly competitive over the last year and this could have potentially presented an extra challenge to us as perceived newcomers in the area.

“But the deal-flow, which would be more than satisfactory for an established player in the region, has been consistent. It demonstrates that vendors, agents and promoters recognise that we are very much open for business and a good development partner – a message we continue to spread.”

While Edenstone is a relatively new name in the South West, the business is preparing to celebrate its 20th anniversary next year.

Expanding into the South West is part of the Group’s growth plan of achieving £100 million turnover by 2023.

Acknowledging that the government’s recent mini budget had “caused some turbulence”, James said there was “no room for complacency, especially in the light of recent economic news.”

“There’s little doubt that the industry now faces new challenges, but we are confident that Edenstone is well-placed to deal with these head-on. Our track record in other regions, built up over 20 years, together with our financial stability undoubtedly helps,” James added.

“Our readiness to be imaginative in the way we look at deal structures, our reputation for no-nonsense process, our ability to take quick decisions because of short reporting lines and our capacity to execute quickly because of in-house legal delivery, have all played their part in our progress and will continue to do so.”

We use cookies on our website to give you the most relevant experience by remembering your preferences and repeat visits. By clicking “Accept”, you consent to the use of ALL the cookies.
Cookie settings ACCEPT
Manage consent

This website uses cookies to improve your experience while you navigate through the website. Out of these, the cookies that are categorized as necessary are stored on your browser as they are essential for the working of basic functionalities of the website. We also use third-party cookies that help us analyze and understand how you use this website. These cookies will be stored in your browser only with your consent. You also have the option to opt-out of these cookies. But opting out of some of these cookies may affect your browsing experience.
Necessary Always Enabled
Necessary cookies are absolutely essential for the website to function properly. These cookies ensure basic functionalities and security features of the website, anonymously.
Functional
Functional cookies help to perform certain functionalities like sharing the content of the website on social media platforms, collect feedbacks, and other third-party features.
Performance
Performance cookies are used to understand and analyze the key performance indexes of the website which helps in delivering a better user experience for the visitors.
Analytics
Analytical cookies are used to understand how visitors interact with the website. These cookies help provide information on metrics the number of visitors, bounce rate, traffic source, etc.
Advertisement
Advertisement cookies are used to provide visitors with relevant ads and marketing campaigns. These cookies track visitors across websites and collect information to provide customized ads.
Others
Other uncategorized cookies are those that are being analyzed and have not been classified into a category as yet.
Save & Accept
Go to Top