NEW BUILD BUNGALOW HAS ALL THE RIGHT INGREDIENTS FOR KEEN BAKER

NEW BUILD BUNGALOW HAS ALL THE RIGHT INGREDIENTS FOR KEEN BAKER

A CAKE away charity coffee morning meant meeting her new neighbours was a piece of cake for Nicky Mackenzie.

Nicky and husband Paul downsized from a home they’d bought as project to renovate to a brand new bungalow built by Edenstone Homes at St Mary’s Garden Village in Ross On Wye following a change of circumstances.

A keen baker Nicky was eager to put her new kitchen to the test straight away.

“I adore the kitchen. One of the first things I made in it was a lemon drizzle cake which I gave to the guys on site,” she laughed.

“I also held a Macmillan cake away coffee morning, selling homemade cake from our drive. I’ve lost people to cancer so to raise almost £500 was amazing. It also helped me meet some of our new neighbours.”

Nicky and Paul’s move followed a health battle which left her housebound for eight months and made them rethink their housing needs.

“My husband is a builder and we bought our previous home as a project as it pretty much needed gutting. He renovated the exterior, moved the stairs, built a two-storey extension with a beautiful kitchen and a massive bedroom,” Nicky explained.

“Six months into the build I got sick with flu and I had a relapse of my ME. I then developed a neurological condition which means my legs don’t work properly so I’m now a wheelchair user.”

They’d seen St Mary’s Garden Village starting to take shape and started thinking about moving to one of the bungalows. They put their house on the market and accepted an offer days later, the week before the country went into lockdown.

“We started thinking about going into rented accommodation while something that suited our needs became available,” Nicky recalled.

“Then Nicola the sales consultant told us a bungalow might be coming back onto the market. We had a three-week wait to see if it could be ours. It makes me well up now thinking about it. This place was meant to be. For us it’s perfect.”

They spent their final summer in their old home surrounded by boxes and moved into their new home in September.

“We moved from such a beautiful house that was my husband’s pride and joy that we had to move to somewhere that didn’t feel like a massive step down. This house fits every single one of our desires,” Nicky explained. 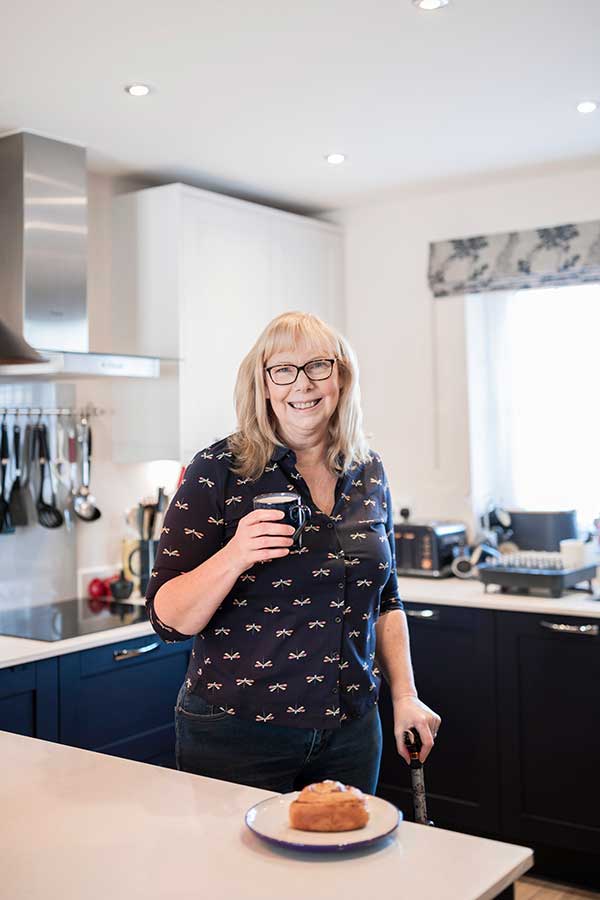 “We wanted a bungalow because of my mobility and it had to be a really good quality build. We had oak doors and beautiful floors in our cottage and when we looked at the show bungalow everything was of real equality and all the fixtures and fittings are beautiful. It feels like we have moved into a home of similar quality to the one we designed ourselves.”

Nicky and Paul have four grown up children between them and say the family love their new home.

“They can’t wait to sleep in the spare room,” Nicky laughed.

St Mary’s Garden Village is a 290-home development, being shaped by Edenstone Homes and Bluebell Homes. It will eventually include a host of facilities including a community building with equipped indoor gym, community hall and kitchen. Residents will be able to enjoy an abundance of open space including play areas and a meadow; walking trail with outdoor exercise equipment; a kick about area; cycle hire facilities; allotments with raised beds.

Whether you’re an early bird 🐦 or a night owl

Ready to start a new chapter? We’d ❤️to be p

Sometimes it’s the small things that can make a

A statement chair in the hallway is the perfect pl

Want to grow your own tomatoes? Dry seeds in a tis

The average first time buyer is 31, according to t

We ❤️ the simple, understated elegance of this

Have you heard? Ross on Wye is better than the Cot

Is it just us, or does the first pancake almost AL

Shout out to the key workers for their continued h

Dreaming of buying a brand new home 🏠? Let us h

Moving with children? Acting out the move with toy

Meet one of the team behind the desk… Kate. She

Shout out to anyone working or learning from home!

Ready to say goodbye to dry January 🍾 ? We give

We know ducks & geese have made themselves at home