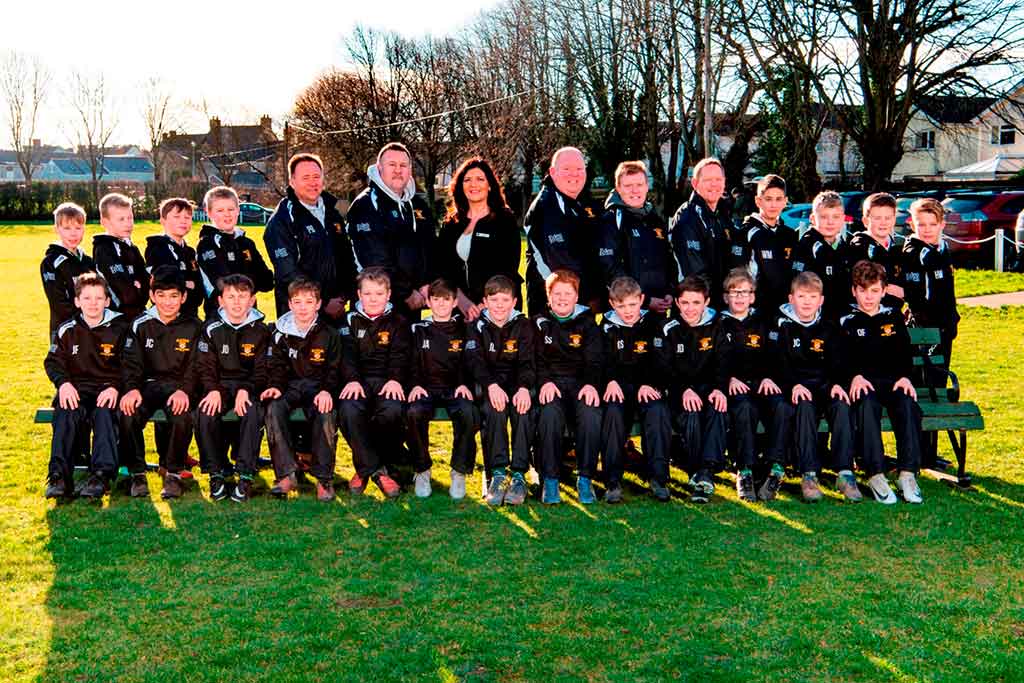 COWBRIDGE RFC Under 12s are ready to tackle their rivals after teaming up with Edenstone Homes who’ve kitted them out with new tracksuits.

Cowbridge RFC has large mini and junior sections, running teams from under sevens through to under 16s, with all age groups having between 25 and 35 players.

Premier homebuilder Edenstone was game enough to team up with the under 12s, who have been playing together for six years, having started out as under sevens.

Rhys Phillips, one of the coaches, said: “There are no leagues at this age grade rugby, however, we are Cardiff & District Champions for the past two years and have qualified for the quarter finals of the Landrover Cardiff Blues Cup which is for teams in the Cardiff Blues region.

“The sponsorship from Edenstone is a huge boost for the players as they feel part of a team wearing the tracksuits and because they look like a professional squad of players it gives them a lift before big games.”

Home games take place in Cowbridge either at the Police Fields or Cowbridge Rugby Club, which is just a five-minute drive from Edenstone’s Llanfair Meadows development, an exclusive enclave of just 20 properties.

Andrea Nippe, sales director for Edenstone Homes, said: “Cowbridge RFC are doing a fantastic job in encouraging young people in the area to stay fit and active. When we heard that they were looking for sponsors we were happy to be able to help. The players certainly look the part in their new tracksuits and hopefully they will bring them good luck.”

To find out more about Cowbridge RFC see http://cowbridge.rfc.wales