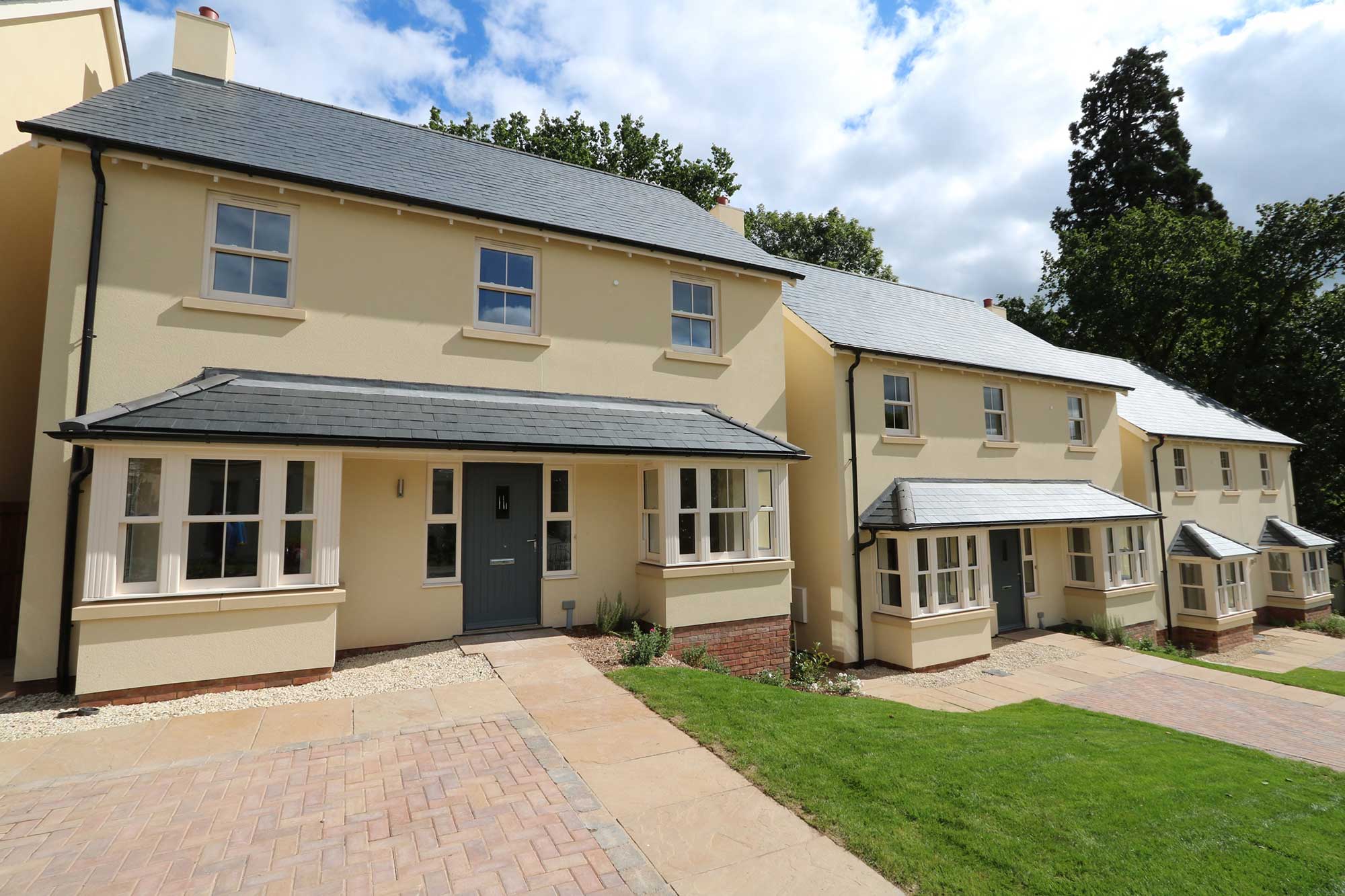 SET amid a “19th-century miniature country estate” the final two properties at Wedgwood Park in Abergavenny are now on sale, offering a rare chance to ensure the history of the area lives on for future generations.

In creating the exclusive, gated development, Edenstone Homes has honoured the history of the site, giving the former Mansion House a new lease of life as apartments, converting outbuildings in to homes and constructing new build homes.

The gardens, grounds and parkland were recognised by the Welsh Government’s historic environment service Cadw and the International Council on Monuments and Sites in 2010 when they were described as a “rare example of a type that is not often well preserved. Their principal character is that of an early nineteenth century miniature country estate, containing a mansion, outbuildings, informal and formal pleasure gardens, walled garden, wooded grounds and small park.”

Much of the land has been retained as open space for exclusive use by residents with the new neighbourhood featuring extensive parkland with beautiful woodland trails; barbecue and picnic area; plus Victorian walled garden.

Martin Taylor, managing director of Edenstone Homes, said: “What was once known as The Hill has a rich history and one that people are naturally curious about. Most recently, before we took ownership of the land, it was used as an education and conference centre, but there’s been a house on the site in some form since at least the 18th century.

“One of the most noteworthy former residents is John Wedgwood, of the famous potters’ family, who lived here in the 1830s, and who we named the development after. He was one of the founders of what is now the Royal Horticultural Society and while living here won first prize in the Crickhowell and Abergavenny Flower Show, with his Iris Espanica.”

John Wedgwood’s gardening diary, kept at the RHS Lindley Library in London, covers the period when he lived in Abergavenny.

The Hill was sold for £10,000 in 1902 to Edward Pritchard Martin, who enlarged and embellished the house, adding his family crest, which can still be seen today, to the front.

In the 1930s and 1940s there were four gardeners and two greenhouses, one for vines and one for rare orchids. Evidence indicates the near complete loss of woodland trees at the north end of the site, thought to have occurred during the Second World War.

The site was used as a residential training centre from the 1960s and in 1995 was purchased by Coleg Gwent in 1995, undergoing a £1.5m refurbishment programme in 2003, building a reputation as a quality education and conference centre.

“Our approach to redeveloping the site has been to ensure that we respect the heritage of the Mansion House and its grounds, while providing high specification new homes for modern living,” Martin added.

“Opportunities to own a brand new home in such a beautiful, historic setting are rare and unsurprisingly, the properties at Wedgwood Park have been much sought-after. We have sold all of the apartments in the Mansion House and the converted properties, with just one new build home now available. We would encourage anyone looking for a new home in the Monmouthshire area to make an appointment to explore the development.”

The Earlswood has a lounge and a dining room to the front, with breakfast kitchen, utility and cloakroom to the rear. Upstairs are two generously proportioned bedrooms, including master with en-suite, a smaller bedroom that could also be used as a study or hobby room, plus the main bathroom.

The Bonvilston features a lounge to the front, with convivial kitchen, dining and family room spanning the rear. There’s also a study, utility and cloakroom. Upstairs, the master bedroom has an en-suite and dressing room, with the remaining three bedrooms sharing the family bathroom.

We use cookies on our website to give you the most relevant experience by remembering your preferences and repeat visits. By clicking “Accept”, you consent to the use of ALL the cookies.
Cookie settingsACCEPT
Manage consent

This website uses cookies to improve your experience while you navigate through the website. Out of these, the cookies that are categorized as necessary are stored on your browser as they are essential for the working of basic functionalities of the website. We also use third-party cookies that help us analyze and understand how you use this website. These cookies will be stored in your browser only with your consent. You also have the option to opt-out of these cookies. But opting out of some of these cookies may affect your browsing experience.
Necessary Always Enabled

Performance cookies are used to understand and analyze the key performance indexes of the website which helps in delivering a better user experience for the visitors.

Analytical cookies are used to understand how visitors interact with the website. These cookies help provide information on metrics the number of visitors, bounce rate, traffic source, etc.

Advertisement cookies are used to provide visitors with relevant ads and marketing campaigns. These cookies track visitors across websites and collect information to provide customized ads.

Other uncategorized cookies are those that are being analyzed and have not been classified into a category as yet.

SAVE & ACCEPT
Go to Top